Can't find the answer you're looking for?
Contact Us
Menu & Package
Design & Construction
Marketing & Education
← back
Can you help me create a logo?
I need something designed yesterday. Can you help me?
Can you create custom menu looks?
Can you print for us?
What if I already have a logo – how do I send it to you?
Do you have ready-to-use materials that I can download and use or print on my own?
What do you charge for Graphic Design services?
How does the menu design process work?
← back
Who should I reach out to?
What is a Plan Review?
Do you guys build the actual bar?
With your pre-designed juice bars, who do I use to install the actual bar?
What is the timeline to get the pre-designed layouts built & shipped?
What about a custom job?
Do I need an architect?
What is an architectural stamp?
Do I need an engineer?
What are grease traps and grease interceptors?
Do I need a grease trap?
What is the grease trap for? I am not making food.
What materials are your juice bars made from?
Do I need anything more than a food handlers license?
← back
Is this a Franchise?
Are there any monthly fees or hidden fees?
Do you use Fresh Fruit?
Do Freeze Dried Fruits/Veggies give you the same benefits as fresh?
Do I need to buy a package? Can I purchase a la carte?
What if I have an existing bar?
Can I just buy some product at a Wholesale price?
Do you Private Label?
How long will it take me to make up my investment of the start up package?
How many shakes can I make with each start up package?
How soon will I need to reorder?
Can I upgrade my package down the road?
How long does it take from start to finish once I commit?
Can I do a digital menu?
Can we do a custom look for our menu?
Do you provide training? 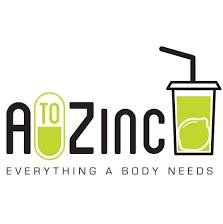 Our team of Shake & Smoothie Bar experts are waiting and excited to speak with you.  Please click below to connect with a real person and discuss your vision.
Get Started